The biggest long-term investment appeal of Bangkok’s property market is the rapid pace at which its urban landscape is transforming.

The heart of the Thai economy is concentrated in its capital, and therefore Bangkok accounts for most of the construction activity in the country. However over the past 3 years, launches, announcements and rumors of mega-projects by private companies have hit an all-time high.

Some major Thai Corporations such as Siam Piwat, TCC Group, CP Group and the Singha Estate have already made ambitious moves to develop their vision of the future; launching some extensive multi-billion baht mixed-use projects that could redefine the character of whole neighborhoods!

So what is fueling this massive development spree?

This market trend can simply be described as a combination of necessity and business opportunism:

The availability of developable land plots in Prime-CBD locations are in decline and this has led to a spike in land prices. This means that acquiring land in the CBD with attractive ROI is proving challenging. This is gradually pushing large corporations to develop in peripheral locations such as Rama 4, Udom Suk- Bang Na, and Rama 9-Ratchadaphisek.

Mixed-use developments also provide another business advantage, the possibility of recurring revenue. This is particularly attractive for large corporations, as this offers more medium/long-term value compared to simply developing a residential condo that is sold-off. Thus adding a level of stability to these corporations’ business and project development cycle.

Bangkok’s population and economic boom, has put transport infrastructure under-pressure. Commutes and travelling across the city can be tedious and this has led to a demand for “lifestyle convenience”.

Mixed-used developments offer a certain appeal to both Thais and Expats, as they are essentially offering a complete lifestyle experience concentrated within a specific area. Some developers have even touted the possibility of being able to live, work and relax within the confines of their project!

Now, let’s take a look at 5 Mixed-Use Developments that are set to transform Bangkok:

This Project’s launch was announced this month and it will reportedly be the largest private sector development in Thailand. This mixed-use development by Charoen Sirivadhanabhakdi’s TCC Group will be located on the corner of Witthayu and Rama IV Road, where Suan Lum Night Bazaar was formerly located.

Spread over 104-Rai Plot of Land, the costs of redeveloping the land is estimated at around 120 Billion Baht. This ambitious project according to the Bangkok Post will comprise of a total of 5 office buildings, 3 luxury lifestyle hotels, retail/leisure venues and finally luxury residential elements. One Bangkok will also offer 50-Rai of green and open air space. The first phase of this ambitious complex is expected to launch in 2021 and construction of all the individual components of the project are expected to complete in 2025. Once complete, TCC is predicting that approximately 60,000 people will live and work in One Bangkok.

Icon Siam’s launch was announced a few years back and construction of the massive mixed-use project is currently underway. What is particularly noteworthy about this project is that Siam Piwat, MQDC and Charoen Pokphand 3 major Thai Corporations are co-investing to develop this mega-project. This brings an unprecedented level of clout and financial resources to ensure Icon Siam succeeds. Retail and leisure components will be developed alongside the residences. Two shopping zones have been announced notably “IconSiam” a 500,000 Sqm. retail and entertainment mall that will host luxury retailer Takashimaya as its retail anchor; the second area dubbed “IconLux” will offer ultra-luxury boutiques and will comprise of a total of 25,000 Sqm. of retail space. On top of the retail experiences offered, the commercial elements of the mixed-use development will also offer a variety of crowd-pulling attractions such as “The River Park”, the “Venice of The East Market” and a state-of-the-art Auditorium to host concerts and shows.

Spanning across an extensive 73-Rai Plot of land, this mixed-use development will be an ambitious series of Projects comprising of office towers, hotels, residential condos, retail and leisure venues.

The Grand Rama 9 will develop several office towers such as The 9th Tower and G Tower. However the big highlight will be the development of “The Super Tower”; this massive project, will be a jaw-dropping 615 meters high, thus making it the tallest building in Thailand once complete. The mixed-use development will also offer retail and leisure elements such as the Central Plaza Grand Rama 9 and The Shoppes Grand Rama 9. As for the residential components, the Belle Grand Rama 9 an 8 building high-rise condominium project has just been completed.

Developed by MQDC this mixed-use project is located midway between Udom Suk and Punnawithi. Development Costs are estimated at 30 Billion Baht and the project’s construction is currently underway. In total the Project is spread over a 43-Rai plot of land and will offer residential, office, retail and leisure components. According to The Nation Newspaper of 340,000 Square Meters offered by Whizdom 101, 20,000 Sqm. will comprise of retail space, 30,000 Sqm. for office space and 10,000 Sqm. will be dedicated to a wellness club. The remaining space will be allocated to the residential components of the development.

This project by the Singha Estate is located on the Asoke-Phetchaburi Intersection, where the Japanese Embassy was formerly located. The development is strategically placed, sandwiched between the established Asoke business district and up-and-coming Rama 9. Finally the residential component of the Singha Complex, will be called “The Esse at Singha Complex” and will be a 39-Floor, super-luxury high rise condominium consisting of 319 Units. According to the Development’s official website, the project’s completion date with be Q1 of 2018.

This list of mixed-use developments is in no way exhaustive!

There are currently a multitude of projects underway that have the potential to transform local neighborhoods. However this list goes to show that Bangkok is a rapidly developing city with enormous potential. Combined with the planned extension of its mass transit lines (BTS and MRT) the Capital has the potential to become a world class city comparable to its more established piers such as London, New York and Hong Kong! Bangkok’s Real Estate market has been incredibly subdued and quiet over the past year! Attentive observers would have definitely noticed that this year, the Capital is not blanketed by real estate ads such as...Read More 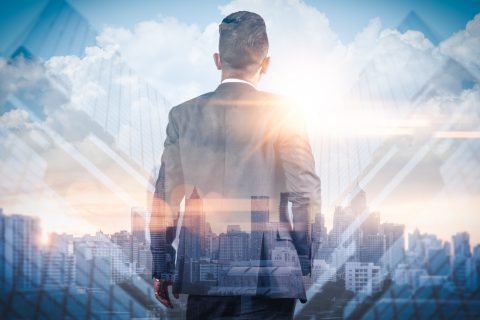 The huge selection of residential projects of all shapes and sizes from high-rise super luxury to low-rise houses across Bangkok is a testament to Thailand’s strong property ownership culture. Thais have always had a...Read More 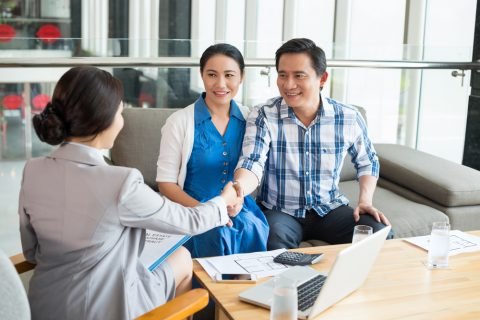