Outer Sukhumvit, is the Bangkok Property Consultancies’ jargon to classify a wide area encompassing several neighborhoods from Sukhumvit Soi 71 (Phra Khanong) all the way to Bangna. The neighborhoods in this section of Sukhumvit, were often relegated to the status of “peripherals” that merely lied in the fringes of the prime-side of Sukhumvit (Nana to Thonglor).

While all the established residential players were scuttling to develop in Bangkok’s Central Business District (Prime-Sukhumvit, Silom-Sathorn and Ploenchit-Wireless), Outer Sukhumvit was widely regarded as grittier and less appealing. This left only a handful of mid-sized independent Condo developers, to try and carve a niche in this forgotten and underrated side of Sukhumvit.

However fast forward to present day, partly fuelled by the hiking prices of developable land plots in the prime-areas, inevitable spillover is igniting a wave of interest for Outer Sukhumvit. This once underrated section of the city, is now in the spotlight and positioned to be one of the hottest areas in Bangkok to live and invest!

As recently highlighted by Knight Frank, Outer Sukhumvit has gradually been gaining momentum, with price of condos achieving a compound annual growth rate (CAGR) of approximately 9.78 per cent per year. It is estimated the average price of condos in the area now fetch around BT 101,493 per square meters. The BTS Green Line, is gradually being extended into neighboring Samut Prakarn Province. This extension will comprise of a total of 9 Stations; with BTS Samrong recently launched and another two BTS Stations (BTS Puchao and BTS Chang Erawan) expected to complete in 2018. This extended exposure combined with relatively-affordable land prices is transforming the area into a hotbed of commercial and residential development activity.

Outer Sukhumvit also offers convenient commutes to several office hubs such as Prime-Sukhumvit notably Asoke-Phrom Phong (Via the BTS) and Bangna with BITEC Bangna being a major hub for expos, conventions and events.
This section of Bangkok is also located in travel proximity to the industrial area of Theparak Road, Poochaosamingprai Road and Samut Prakan. Pipeline of Upcoming and Completed Commercial and Retail Projects!

Several neighborhood transforming commercial projects are underway; this will inevitably redefine the lifestyle of local residents. Some notable projects include:

Recently completed Bhiraj at Bitec, is a 29-Floor (Approx. 72,500 Sqm. of lettable space) A Grade Office Tower. This is part of the Bitec extension plans to position the complex as Bangkok’s leading Trade and Exhibition Center. Several trade fairs and expositions are hosted at the convention center on a monthly basis.

This Mega Project was initially announced by The Mall Group developers of Emquartier Mall. The final plans of this ambitious project are yet to be released; however it is reported that this massive mixed-used development will spread over a 100-Rai Plot of land. Potentially making Bangkok Mall, the biggest Mall in South East Asia once it is completed. Residential Developers are also taking notice of this transformation, with established players making extensive forays into Outer Sukhmvit. Leading the pack is Ananda with several high-profile developments such as Ideo O2, Ideo Sukhumvit 66 and projects such as Unio Sukhumvit 72. Other established developers launching, developing or completing projects include Sansiri, Origin, SENA and All Inspire.

Looking for a home or an investment property?
Browse through our extensive collection of resale condos and off-plan projects! 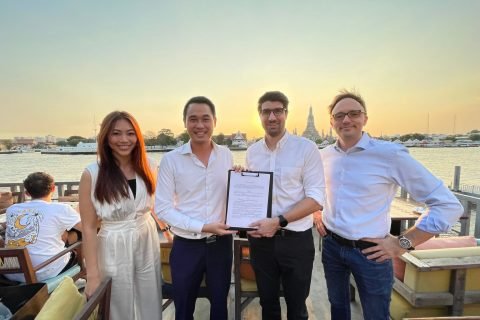