Useful InfoInvestment TipsRama 4 Road a New CBD in the Making? Despite its geographic proximity to the prime areas of Bangkok, the road’s general development has often lagged behind its neighbors. With most city dwellers traditionally viewing the area as a gritty and unappealing thoroughfare, rather than a residential or commercial hotspot. However perceptions are rapidly shifting, with the Capital’s top consultancies declaring that Rama 4 is primed for transformation. This shift, is undoubtedly fuelled by a combination of rising price and scarcity of developable land plots in the core CBD; combined with changing local lifestyles favoring convenience (I.e. Proximity to amenities and mass transit).

As a result developers have focused their attention on the area, attracted by the availability of relatively affordable land and the strategic proximity to the CBD. A brief glance at the project pipeline along Rama 4, will reveal that the neighborhood is about to welcome a mixed-use development boom. Interestingly, fully integrated mixed-use developments comprised of inter-connected offices, retail, leisure and residential spaces are a relatively new urban concept for Bangkok. However driven by the prospects of outsized returns developers are boldly moving ahead unfazed.

Spearheading Rama 4’s transformation, is undoubtedly TCC Assets the property arm of beverage tycoon Charoen Sirivadhanabhakdi. With an ambitious pipeline of completed and upcoming projects along the Rama 4 roadway: “For Your Inspiration Center” is a mixed-use complex recently completed by Golden Land Development a subsidiary of TCC. It is comprised of a 12-floor and 90,000 sqm. office tower and currently houses the business operations of a range of companies. The other section of the complex is dedicated to The Modena Fraser a 3-Star Hotel of 239 Rooms. This mega-project will be developed by a joint venture between TCC Assets (Thailand) Co Ltd and Fraser Property Ltd. The massive project located on the corner of Rama 4 and Wireless Road, will spread over 104 Rai of land and will comprise of office space, a luxury hotel, activity center and residential elements. Wireless- Rama 4 Intersection where One Bangkok will be located

This ultra-ambitious project will have an estimated development value of more than Bt 120 Billion and will complete in 2025. Once completed planners are predicting an estimated gross floor area (GFA) of 1.83 million sq. m. with a total of 60,000 people using the complex. Located directly opposite FYI Center next to Queen Sirikit National Convention Center, this mixed-used project will be developed over a 24-Rai plot of land and will cost an estimated Bt 20 Billion.

The PARQ will comprise of a combination of premium grade office, retail and leisure space. The first phase of the Project is due to complete in 2019 and it will offer 71,000 Sqm. of office space. Developed by Golden Land Development, it will be located on the corner of Rama 4 and Phaya Thai Road.

The Project is estimated to cost Bt8.5 Billion and will offer several elements notably office, retail, leisure spaces and a residential condo.

TCC Assets is not the only developer to make headway in Rama 4’s urban transformation. Several other projects have been announced or are currently in planning stage notably: The development worth Bt 36.7 Billion on the corner of Silom and Rama 4 road, will comprise of a hotel, shopping mall and luxury residences.

While still not confirmed, it is reported by several media outlets notably The Nation that The Port Authority of Thailand is reviewing proposals to develop the 223-Rai Plot of Land in Khlong Toei into a mega mixed-use complex. While Rama 4’s residential environment is still work in progress and in the process of developing. Bangkok’s residential developers are actively joining the fray, with several notable names having recently launched condominium projects in the area. The new Project is part of the “Haus” condo series by established developer Sansiri. The Condo will consist of 47-floors and total of 1178 Units with a starting price of Bt 3.65 Million. The development is expected to complete in 2021. Developed by Ananda, the Project has an estimated development value of Bt4.05 billion and will consist of a total of 486 Units with a starting price of Bt 5.9 Million.

This exciting urban transformation will inevitably reshape and transform the neighborhood; completely reshaping the dynamics of the Capital’s property market. Leading several Property Consultancies, to boldly predict that Rama 4 will be the next Sukhumvit Road and a natural extension of the CBD! 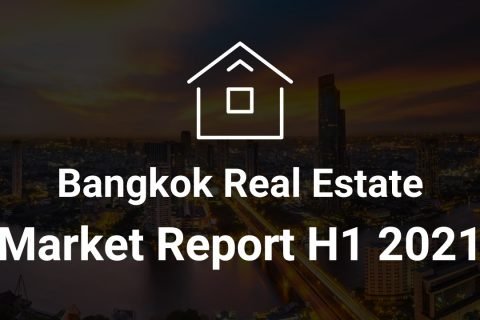