Bangkok is a booming business and leisure hub in the heart of South East Asia. On top of this, the city is experiencing unprecedented growth, development and modernization.

Developers and private investors have rapidly positioned themselves to capitalize on Bangkok’s business, commercial and leisure hubs. They have carefully targeted high potential neighborhoods, that capture the “working professional” market segments; with real estate in areas such as Asoke, Silom and Thonglor skyrocketing upwards as a result. It is important to note that Bangkok is an important education and student hub for Thailand; as the city is home to some of the most prestigious Universities in the nation. Meaning that the best and brightest young minds from all over the country, all congregate to Bangkok during the most formative years of their lives.

On top of this, Thai Tertiary Institutions also offer international (English) programs that attracts international students from around the globe. Thai Universities are especially popular with South East Asian students from countries as diverse as Indonesia, Vietnam and Cambodia.

This education boom is inevitably translating into huge demand for student housing and accommodation. Parents of students are also fueling a vibrant resale market, with many choosing to buy a “temporary home” located next to their children’s University Campus!

While there are several prestigious Universities throughout Bangkok, this article will focus on the largest institutions with Central Bangkok Campuses! Chulalongkorn University needs little to no introduction, it is often referred to as Thailand’s “Oxford or Harvard University”!

Some of the nation’s most successful business professionals and famous public figures having graduated from this institution. It is also consistently ranked as the country’s “Top University” according to QS World University Rankings.

The University has a total of 38 faculties and programs with a total of 37,000+ local and international students!

Neighborhoods most likely to benefit from Chulalongkorn University?

Chulalongkorn University is located in a neighborhood referred to as “Chula-Samyan” (Close to Siam).

As a result, Chula-Samyan has been developing and modernizing fast; Samyan Mitrtown an expansive mixed-use complex was recently launched in the area to service the growing student and business demand.

On top of this, numerous established developers have launched a collection of condos in the area such as Ideo Chula-Samyan by Ananda and The Nest Chula-Samyan by the PM Group. Bangkok University was launched in 1962, since its launch it has rapidly expanded into a leading institution with over 28,000 students.

The University has established itself as one of the top Universities for Communication and Media Arts such as Advertising, Digital Media and Design and Marketing.

Neighborhoods most likely to benefit from Bangkok University?

In its early beginnings Bangkok University’s campus was located on Rama 4 offering easy and convenient access to Bangkok’s Central Business District. Until now, it still maintains part of its academic activities at its Rama 4 complex.

However, it is important to note that the “Rangsit Campus” located in Outer Bangkok is now considered its main academic and extracurricular center.

The biggest recipient of the Bangkok University student market will inevitably be the booming Rama 4 area. The area is already a bustling thoroughfare and has been developing tremendously in the last few years.

Numerous mixed-use projects and leisure hubs have sprouted in the area such as the “FYI Centre”, Suan Plern Market and “The Parq” (Still currently under construction). On top of this, The Port Authority of Thailand is currently proposing a complete redevelopment of the Khlong Toei Port area!

This boom has not gone unnoticed by the Capital’s leading residential developers. Numerous projects are currently under development such as Ideo Sukhumvit-Rama 4 by Ananda and Oka Haus by Sansiri. Srinakharinwirot University is another prestigious tertiary institution founded in 1949!

The University had developed a reputation for being one of the top institutions for Social Sciences such as Education, Economics and Humanities.

Neighborhoods most likely to benefit from Srinakharinwirot University?

Srinakharinwirot University is located in the heart of the Asoke business district with its main entrance located on Sukhumvit 21.

The presence of this University inevitably boosts the already dynamic Asoke real estate market. Especially for condos located on the “Phetchaburi-Asoke Intersection” side of the Asoke neighborhood; this is due to its proximity to the University and its “relative better-value” of rental and resales units, compared to the core- section of Asoke (Around BTS Asoke/ Terminal 21).

The area has experienced tremendous development, with the notable grand opening of the Singha Complex an expansive commercial and residential centre. Individual investors looking for real estate opportunities in the area can choose from a selection of resale or newly completed projects such as Ideo Mobi Asoke by Ananda Development or Life Asoke by AP Thai.

Real Estate Opportunities All Over Bangkok!

It is beyond the scope of this short article to review all the prestigious Universities that Bangkok has to offer. Numerous very well-known institution with Academic Campuses outside of Central Bangkok have been left out!

This includes the illustrious Thammasat University often described as Thailand’s “Cambridge University” and a rival to Chulalongkorn University. Its campus is located in the historical “old town” in proximity to landmarks such as the Grand Palace and Khao San Road.

Other Universities worth mentioning includes Mahidol University, Kasetsart University and Assumption University all with expansive Campuses located in Outer Bangkok.

All these institutions offer an untapped opportunity for private investors to capitalize on the growing and ever-expanding student market!

Bangkok’s real estate market outlook in one word, “Depressed”! For several weeks since the virus-led slump, property professionals, investors and landlords would be forgiven for wanting to stay in, slouch on the sofa and...Read More 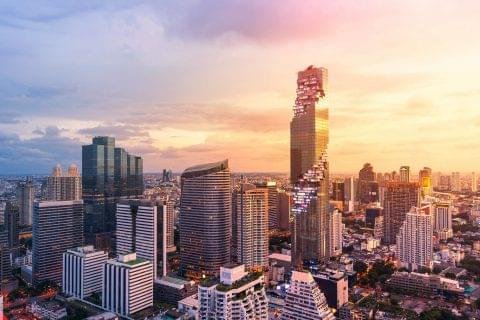